James Cockram joined the Association as Agent in October 2015 and leads the team at 90 Ebury Street.

A trained Conservative Party Agent, he has worked with Conservative Associations and Central Office for over twenty years; most recently as Group Agent in Somerset, where they won four target parliamentary seats from the Liberal Democrats at the 2015 General Election in addition to 153 out of 238 local government seats.

James has campaigned with other centre-right parties around the world, through the Westminster Foundation for Democracy. He has worked with a variety of people from differing backgrounds bringing a unique perspective to his work in the UK. 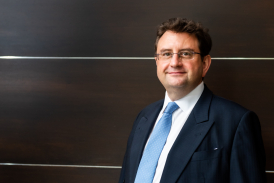