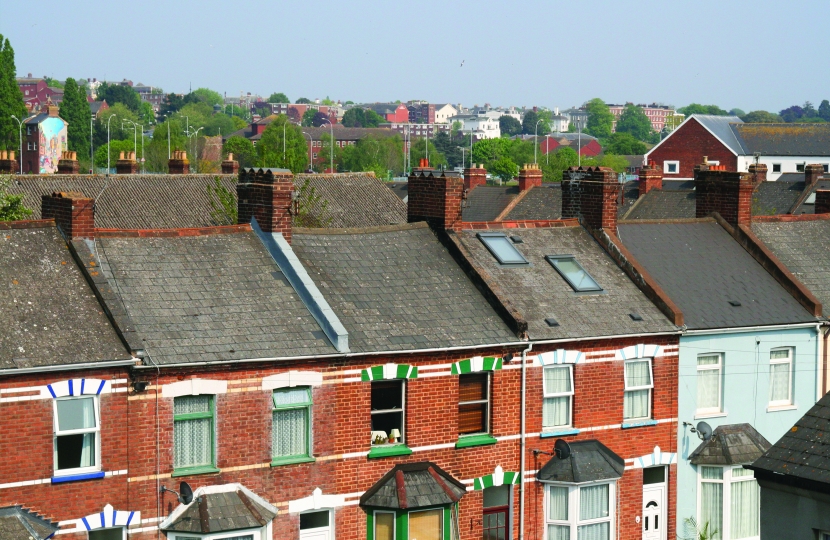 As a central London MP for fourteen years, I cannot recall a time when housing issues have not dominated my postbag. No surprise, perhaps. I represent the heart of a vibrant and enthralling metropolis, where UK citizens compete for a limited supply of homes with a global citizenry who come to London to make or spend their fortunes. But I have also witnessed how the polarisation characterising my own constituency has spread into suburbia and the Home Counties. Soaring house prices and rents now threaten businesses, which cannot expand or thrive whilst employees are unable to find somewhere affordable to live. In 2015, even the cheapest 10% of London’s homes are affordable only to the highest-earning 25% of workers.

There was a time not so long ago that the media and politicians saw rising London house prices as an unalloyed good. But as more and more Londoners have found themselves excluded from the property bonanza, so their political voice has grown louder. And so it should have, for their housing woes are having knock-on effects that need urgently to be addressed. The more a Londoner’s monthly income is consumed by rent, the less they can save to start a business or invest in someone else’s. There is diminished disposal income to be spent in shops and restaurants, and the more London loses its lustre as a place to raise a family, driving up costs to employers of retaining and attracting the best people. Perhaps one explanation of why the UK suffers consistently from poor productivity is the wasted time now spent by many workers commuting to their jobs from more affordable areas. As buyers push the boundaries of mortgage affordability, the more vulnerable London’s property market becomes even to a relatively modest rise in interest rates.

When the high cost of the capital’s housing comes at such a wider, economic price, even free market capitalists like me start to wonder whether it is time to start thinking about much more radical solutions. I appreciate how perilous it is for any politician to talk of morality, but I should also contend that there is something very wrong when hard-working, aspirational people, are completely priced of their own property market. It is precisely these Londoners who in previous generations would maintain, build and pass on our city’s social capital to the next generation. This capital represents a crucial part of London’s appeal in the first place – the rule of law, lack of corruption, protected property rights, respected emergency services, freedom of speech and religion, creative, scientific, industrial excellence, and so on. Such social capital cannot simply be created out of thin air but has evolved over many centuries.

In a city whose population is expanding as rapidly as London’s, increasing supply has to be the first step in any housing policy prescription, and efforts are underway to loosen planning blockages, free up public land and incentivise development. Nonetheless, our ability to boost that supply is also undermined by shortages of skilled labour and basic supplies – one London developer lamented to me that the lead-in time for bricks alone on his site is forty weeks – so it will take time for new homes to come on-line. We need urgently, therefore, to look not only at building, but who is buying that new supply.

It is no secret that in recent years, unimaginably vast sums of foreign money have flooded London’s housing market in search of yield and a safe haven. But hoovering up property in a crowded metropolis and leaving it unoccupied has pushed up the cost of living for other city dwellers. Last year, Civitas issued a report that revealed 85% of prime London property purchases in 2012 had been made with overseas money, with two-thirds of those purchases made not for owner-occupation but as an investment. Overseas buyers are purchasing not just at the top end but less expensive new builds. Noting the distortive effects of this money on the rest of the housing market, Civitas suggested imposing curbs on foreign ownership.

There has been an understandable reluctance in the UK to take any action that might undermine the attractiveness of London as a global financial centre and reduce foreign investment in new housing developments. However, I have been examining how competitor nations have dealt with the same issue. Switzerland, Singapore, the United States and Australia similarly pride themselves as global free-trading capitalist states. However, all have taken action to restrict or deter foreign ownership of residential property. In the case of Switzerland, only Swiss citizens and permanent residents can own property. Most Singaporeans live in Housing Development Board (HDB) properties which only Singaporeans can own, while foreigners may buy non-HBD homes but will be taxed heavily if they sell those homes within four years of securing ownership in order to deter speculative purchases. Any foreign non-resident or short-term visa holder has to apply to buy property in Australia through the Foreign Investment Review Board, a body whose rules state that an investment can only go ahead it leads to an increase in available homes. In New York meanwhile, there is a property tax of up to 19% per annum of the assessed value for homes not occupied by people on the electoral roll.

By contrast the UK has over the past twenty years hiked stamp duty at the top end of the market, particularly on properties bought through investment vehicles. But these punitive levies have hit domestic buyers hard too. For London to remain a dynamic, global city we must, of course, continue to welcome people from abroad to live, work, study and contribute to the city’s culture. Yet this is very different from attracting speculative capital that has a wider negative economic and social impact on London’s residents and businesses. I contend that the time may now be ripe to consider having residential developments which are only open for purchase to UK citizens and permanent residents. Additional levies on speculative ownership and “buy to leave empty” purchases may also need to be considered alongside a potential system for higher non-resident council tax. Alternatively, we might think about a ‘community contribution’ on properties not occupied by voters. That could be, say, 15% of the last sold value levied on those not on the electoral roll, accompanied by anti-cheating measures. Unlike a mansion tax, it would not sweep up those UK residents who have been in their homes many years and it would encourage foreign owners with empty properties to rent them out to Londoners, boosting supply and hopefully suppressing rents.

I recognise that some of these proposals may prove impracticable. In truth I am trying instead here to provoke debate. At some point I fear we forgot that the fundamental purpose of residential property is to house people, not to be routinely locked away as part of an investment portfolio. We must not lose sight either of the foundations on which high property prices in London are built – the tremendous amounts of social capital created by Londoners over many centuries. Surely we are custodians of this social capital, and our duty is to grow it, improve it and bequeath it to future generations. It is time Londoners asked some fundamental questions about the type of city we wish to create, and whether untrammelled foreign investment at the time of a housing crisis is always such an unalloyed good.