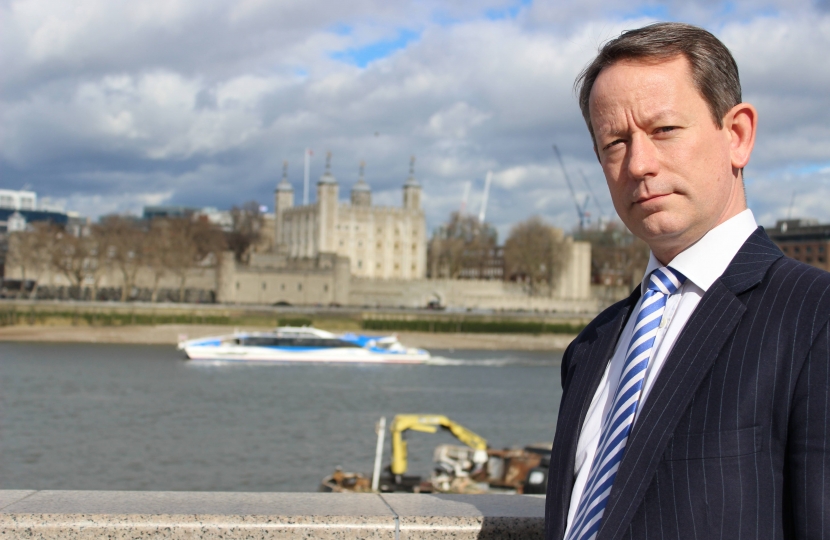 Welcome to the latest GLA Conservatives newsletter – keeping you up-to-date with the work of London’s Conservative Assembly Members.

This edition is a Budget Special that focuses on the current Mayor’s budget and how my colleagues and I are seeking to amend it to fund 1378 additional police officers for the Metropolitan Police Service.

Last week Sadiq Khan presented his draft budget for the next financial year to the London Assembly. His proposals underlined how misplaced his priorities can be in comparison to those of Londoners.

Crime is a top issue for Londoners and Khan should be taking every possible action as Mayor of London to tackle this epidemic. Violent crime in London has been on the rise for some time now with a 23.3% increase in the murder rate over the past two years and a 32.1% increase in knife crime since 2016.

The Mayor’s endless protestations that violent crime is a direct result of government cuts to police budgets, rest on the assumption that he has done everything in his power to keep police numbers as high as possible.

But this simply isn’t true.

In reality the Mayor has choices, but he has made the wrong ones. Typically, Khan’s draft budget prioritised PR over police officers and show over substance.

In response to the draft budget, the GLA Conservatives submitted a fully costed amendment (which you can read here), cutting waste and inefficiency at City Hall, whilst reducing some of his more bloated budgets back down to their May 2016 levels. With our plan, Khan could fund 1,378 extra police officers using savings of nearly £83 million in other areas. On top of this, our proposal would provide enough extra money to freeze the non-policing tax precept (which Khan intends to increase by 2.99%) – a real terms tax cut for millions of Londoners.

Our proposed amendment suggests the Mayor should reduce his vastly increased staffing budget, withdraw the £13 million annual contribution to London and Partners (effectively the Mayor’s PR company), and reduce the amount that TfL pays for employees to work on union duties, from the £10.8 million it is now back to the £4.4 million it was when he became Mayor.

Despite the cross-party consensus in the Assembly that the Metropolitan Police needs more resources, the Labour, Green and Lib Dem Assembly Members chose to quickly dismiss and vote down our amendment. We are disappointed that opposition parties decided to oppose extra police officers for London, but hope that the Mayor reconsiders and includes our proposals before he finalises his budget at the end of February.

Sadiq Khan’s term of office has so far been characterised by a great deal of boasting but very little in the way of real achievement. It is dismal record from a man who last week had the gall to describe himself as "a brilliant Mayor". This from a man who has taken his eye off the ball, who isn’t listening to Londoners about their priorities and who is more interested in pontificating about Brexit – an issue over which he has no control – than concentrating on the day job.

It is time he started focussing on what Londoners expect their Mayor to be doing. He should start by accepting our amendment and putting another 1,378 bobbies on the beat.

If you know of anyone who would like to start receiving our newsletter please email leader@londonconservatives.com

Shaun Bailey: Bad management made the bailout of Transport for London necessary

Shaun Bailey is a member of the London Assembly and the Conservative candidate for Mayor of London. The following article originally appeared on Conservative Home.

Transport for London is broke. So last week, the government had to step in and give it a bailout worth £1.6 billion.