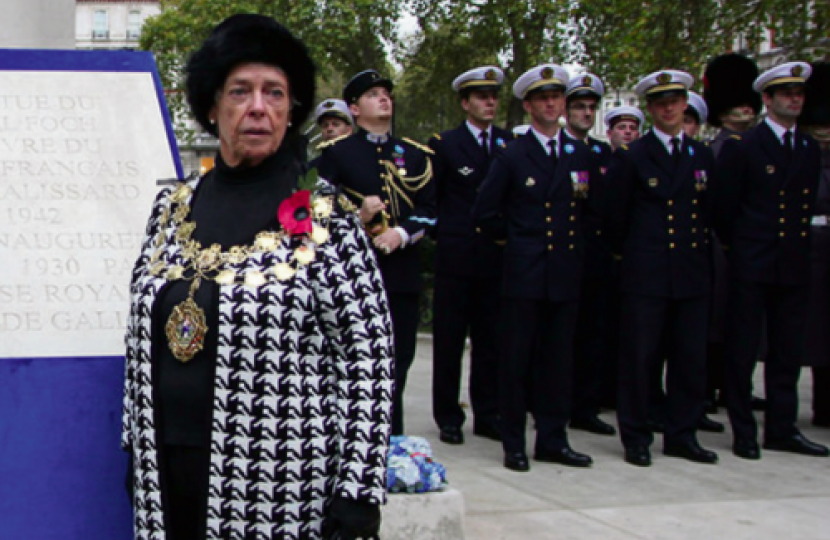 It is with great sadness that we announce that Cllr Audrey Lewis died over the weekend.

Cllr Lewis was a ward councillor for Bryanston and Dorset Square. She joined Cabinet in 2004, first as Cabinet Member for Community Protection and Licensing, and then Customer Services and Neighbourhoods. In 2004, she also took on the role of Chairman of the main Licensing Committee. Most recently Cllr Lewis served as Lord Mayor of Westminster, having only stepped down in May of this year.

“Audrey served as a Councillor for 13 years, bringing with her an enormous wealth of knowledge and experience, as well as a great sense of public service. Our thoughts and prayers are with Audrey’s family and many friends at this very sad time. Her year as Lord Mayor was one that I know she enjoyed enormously, and Audrey’s Mayoralty was, as with her whole Westminster career, characterised by her sense of dignity and duty, her extraordinary work ethic, but also her sense of fun and sheer enjoyment."

Being Chairman of the main Licensing Committee was a role for which she was eminently experienced and able and was a role to which she took with huge dedication, as was widely recognised by the staff with whom she worked and the many people in the licensing industry who knew her.

Westminster is left without one of the most talented and hardworking Councillors I have had the privilege to work with.”

She is survived by her step-daughter Victoria Lewis, and three grand-daughters Frances, Nancy and Kathleen, who along with Victoria served as her Consorts during her recent Lord Mayoral year. She was married to Peter Lewis, who sadly died in 2010. They lived happily together in Marylebone for more than 40 years.

Prior to being a Councillor, she had a distinguished career in advertising.

A book of condolence will be in the City Hall Foyer.