Nickie Aiken has lived in the Cities of London and Westminster for more than 20 years, first moving to London in 1997. She lived in the Barbican in the heart of the City of London before moving to Pimlico where she has been raising her family since 1999. Married to Alex, her two teenage children, now at secondary school attended a local state nursery and local primary schools.

Under Nickie’s leadership, Westminster began the largest council home building programme for a generation to provide over 2000 new affordable and social rented homes. Reformed the planning system to make it more open and transparent, giving residents a bigger and earlier voice in the planning process. And started cleaning up our air by launching the #DontBeIdle campaign encouraging idling vehicles to turn off their engines.

In November 2019, Nickie was selected as the Conservative Parliamentary Candidate for the Cities of London & Westminster. She was elected in December's General Election. You can find out more about her work as a Member of Parliament and how to contact her via this website, Facebook, Instagram and Twitter. 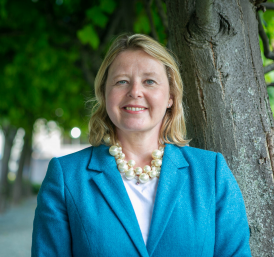