Alexandra has been involved with the Association since September 2009 where she worked towards the Local and General Elections in 2010. Subsequently she became Editor of the Association’s quarterly member’s magazine Blueprint in 2013.

Alexandra formally re-joined the Association’s professional team in September 2016 and is Director, Marketing and Communications where she is currently focused on reenergising the younger members of the Association, in addition to engaging with local universities to encourage people to get involved. She also works with the ward committees and Association Officer team to coordinate events and fundraising initiatives. 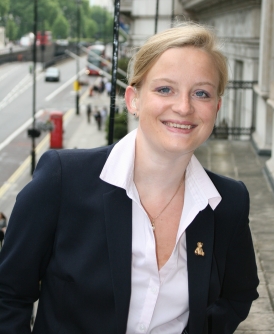