Your Conservative Councillors at Westminster City Council have unveiled further measures to tackle the issue of vehicle idling.

Having launched our successful campaign last year which raised awareness regarding the growing environmental and health impact of vehicle idling we have just announced new measures to further tackle air quality issues across the city.

In 2016 we made it an offence to leave a vehicle's engine running (or idling) while stationary for more than a minute and introduced on-the-spot fines.  Most drivers did appreciate the issue their idling was having for neighbourhoods and complied. However, from 4th February 2017, Penalty Charge Notices (PCNs) will be issued in the borough to repeat offenders who ignore calls to cut their car engines when they are not moving.

Speaking about the new measures, Cllr Heather Acton said: "Vehicle idling creates not only unnecessary emissions, which contribute to high levels of air pollution in central London, but also noise which can affect residents and local businesses alike.  Our residents are concerned about pollution and therefore improving  air quality is high on our agenda.

“By speaking to drivers, making them aware of how, by switching their engine off when they are not moving, they can help cut air pollution, we can be more mindful of our impact upon the environment and our health.  These small steps are essential if we are to move towards a healthier, more liveable city which residents, visitors and workers can enjoy.”

Look out for details about the Council's No Idling Action Days in your local neighbourhood. 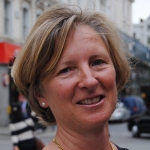