Tony Devenish: Khan’s focus has switched from London to his Labour leadership ambitions 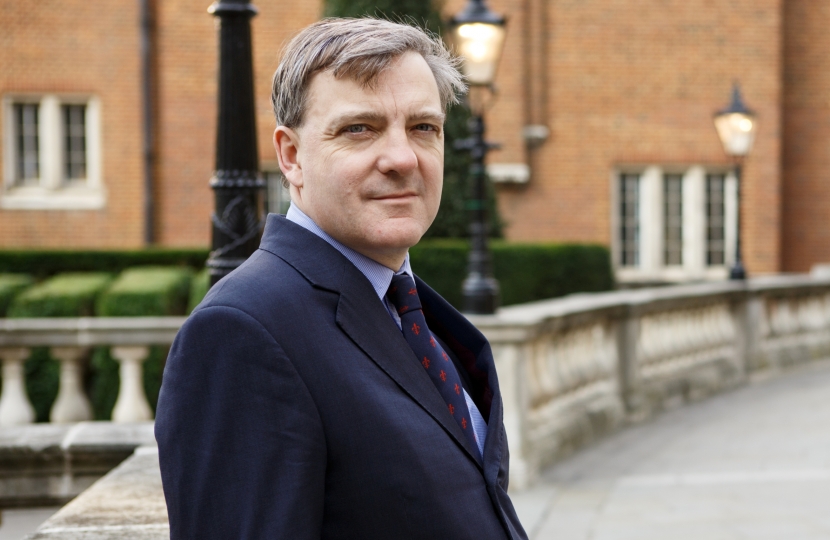 Almost every month (April and August are the exceptions), the Mayor of London, Sadiq Khan, faces the 25 London Assembly Members at Mayor’s Question Time. What is often so depressing at Question Time is Khan’s undeniable obsession with media trivia rather than keeping London’s people safe, its transport moving, and getting the homes we need built. Despite his frequent pretence that all his failings are down to the Government, the reality is that the Mayor of London has a hell of a lot of levers to pull, and a £19 Billion annual budget to spend – a fact that his predecessors Ken Livingstone and Boris Johnson understood far better.

Time and again the “froth” of politics seems to interest Khan, far more than the substance. He’s a Mayor who is far more interested in bashing the Government than delivering for Londoners. One recent case in point was a quiet briefing from his office that, despite the country opening up post-Covid last July, the Pessimist-in-Chief had decided to cancel London’s World-famous New Year’s Eve fireworks. New Year’s Eve is a major occasion that drives footfall for visitors to enjoy London over the festive season, where they spend money in London’s bars, restaurants, museums, and shops. Over a million London jobs are dependent on such footfall, so I stand by my description of Khan as “The Grinch” on LBC Radio. Despite Health Secretary, Sajid Javid MP, also telling him to think again, the self-described “most pro-business Mayor ever” failed to perform the swift U-turn that the situation clearly merited.

The Mayor and Greater London Authority are meant to provide strategic London Government. But there is little strategic thinking by the Mayor unless you count the time he spends working out the internal Kremlinology of the Labour Party. After five and a half years as Mayor – time where his sole focus should have been on making London an even better place to live, work and play – Khan’s main claim to fame is that he ran Ed Miliband’s leadership campaign to stab his own brother in the front. London is now suffering from being led by a man who lacked the strategic nous to recognise that making Ed Miliband Labour Leader would not end well. Many Con Home readers will have come across a colleague during their careers, more obsessed by plotting their path to a promotion than doing their job well enough to deserve one. Khan is a warning to all of us of what happens when one of those colleagues succeeds.

Khan should be addressing how London will change over the next decade. Because change it will. Business understands that we are facing a transformation every bit as profound as those caused by coal, iron and steel, the steam locomotive, and the car in past centuries. Khan is stuck in the weeds. Crossrail is now over a thousand days late on his watch. Police culture is at the top of Home Secretary, Priti Patel’s, inbox because the Mayor of London is asleep at City Hall.

Boris Johnson appointed Kit Malthouse, my predecessor as West Central Assembly Member, as the Policing Minister to Cabinet in part so Malthouse could do the job Khan should be doing as London’s Police and Crime Commissioner. Khan’s decision to move City Hall from London Bridge to a DLR Station in East London is so late that the Greater London Authority is about to become homeless, kicked out of its home of the last 18 years, without the new building being ready to occupy. Not a penny of the promised cost savings in moving office has been delivered.

The overwhelming message from business is the next industrial revolution is here and Covid is merely accelerating existing trends. People will continue to work more flexibly and the online world will be central to this revolution. So why have we had to drag Khan kicking and screaming to re-open the Night tube? At last month’s Mayor’s Question Time, my colleague Emma Best AM spoke movingly about the safety of women and girls in the light of the tragic murder of Sarah Everard. Khan replied to Emma like a bureaucrat, devoid of emotional intelligence, a prisoner of the most militant rail unions in the western world. Over the last five years, the Mayor of London has done nothing to bring in 21st century working practices. Forcing the taxpayer to bail out Transport for London to the tune of over £4 billion and there’s clearly more to come. Only two of the five Night Tube lines will re-open. So much for prioritising public safety and kickstarting London’s night-time economy.

If you watched any of the Labour Party Conference – and for those who suffer from insomnia, may I recommend the 90 minute cure that was Keir Starmer’s speech – you might have noticed Khan come ever more alive, the more wooden Sir Keir became. Standing close to his rival Andy Burnham, the Mayor of London looked genuinely happy, clapping and smiling, as Sir Keir droned on and on (and on). For a man who habitually claims he has no political ambition because his current job is so great, its noteworthy that Khan rarely looks as happy when back in London. With the house price growth driving many Londoners to move out of town, London needs a Mayor with laser-like focus on the biggest question of our time – not scowling and repeating the Brexit battles of five years ago.

The next Mayoral Election will be in less than 30 months time on May 2nd 2024 and London deserves better than an Andy Burnham wannabe, who is desperate to beat his rival to the throne. Those who have paid attention to the mess Khan has made of running London, might be surprised to learn that he’s still (just about) a contender to be the next Labour Leader. They might not be surprised to discover that it’s pretty much his sole focus.