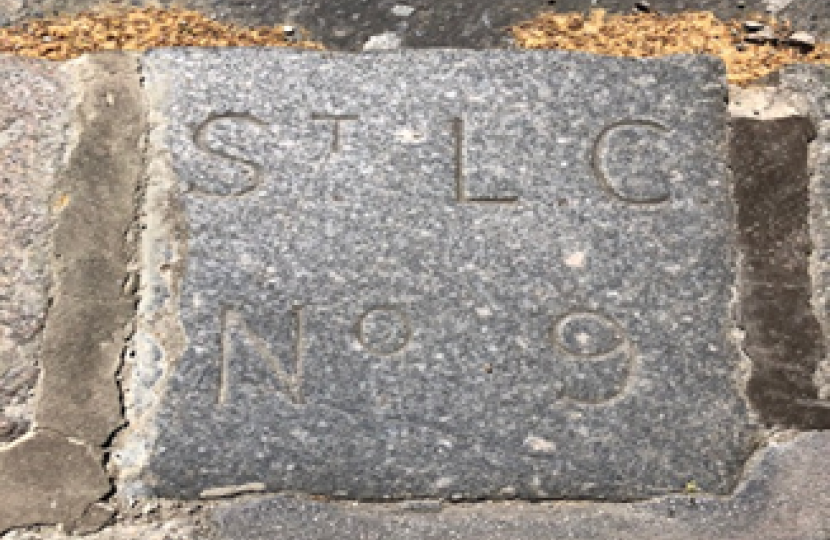 Last year Cllr Gassanly intervened when a historic boundary stone in Holbein Place was mistakenly removed during road works. Cllr Gassanly was alerted to the fact by an eagle-eyed local resident and the stone was placed back to its original location. Subsequent research suggests that the stone dates to the first half of the nineteenth century.

It is marker No 9 in the St Luke Chelsea sequence and marks the dividing line between Chelsea and St George’s Hanover Square (which here followed the line of the old Westbourne river). The old parish boundary staggered down Holbein Place from Sloane Square, just clipping the edge of the pavement on intersection with Pimlico Road.

Mike Horne, who has carried out extensive research on London parish boundaries, wrote in an email to Cllr Gassanly: “St George’s parish ended up in Westminster when the old Metropolitan boroughs were set up but the old boundary line was adjusted at some point to follow the centre line of Holbein Place, turning west to the centre of Pimlico Road and south along Chelsea Bridge Road. It thus happens that the St Luke stone marker is now a happy resident of the City of Westminster.”

Nickie stands up for theatres and cultural venues at PMQs

Cities of London & Westminster MP, Nickie Aiken has today called on the Prime Minister to share her aspiration to see to Central London’s theatrical and cultural venues reopen as soon as possible.