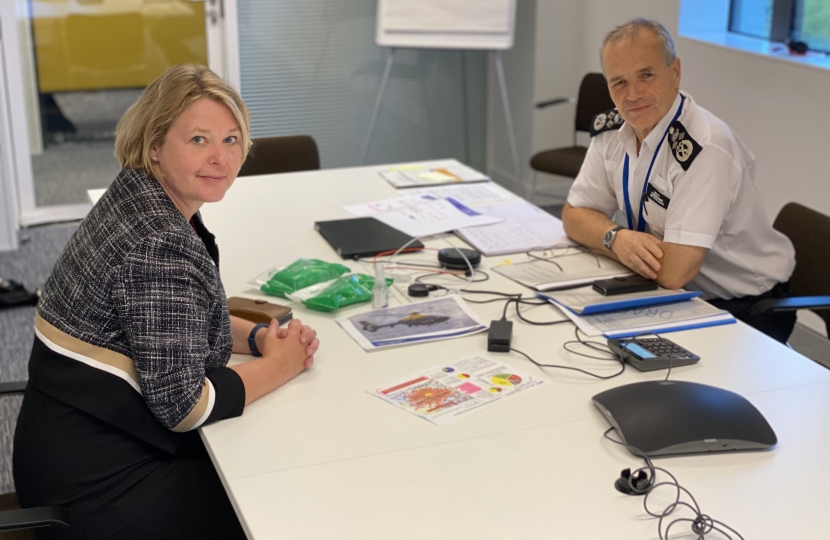 Following on from a meeting with Policing Minister Kit Malthouse, Member of Parliament for the Cities of London & Westminster Nickie Aiken, has held a further meeting with the Metropolitan Police to discuss the issue of police helicopter noise.

Sir Steve House, Deputy Commissioner of the Metropolitan Police, and Nickie talked at length about the concerns of local people and whether the police could start to use drones instead of helicopters to police protests.

“This year it’s been used on fewer occasions but for much longer and thus it comes across as more disruptive as we hear it for hours. Sir Steve also revealed that the Met is looking at the use of drones and believes they will be compatible with policing protests eventually but not for some years. The cameras need to be of a particular high quality and drones big enough to carry them. There are pilots and research currently being undertaken.

Although this means we will have to live with helicopters for some time to come I am pleased that both the Met and the Minister recognise the problem and are keen to find a resolution. I have asked to be kept informed of developments in the drones’ pilots and technological advances.”