Mark Field on the Future of Central London 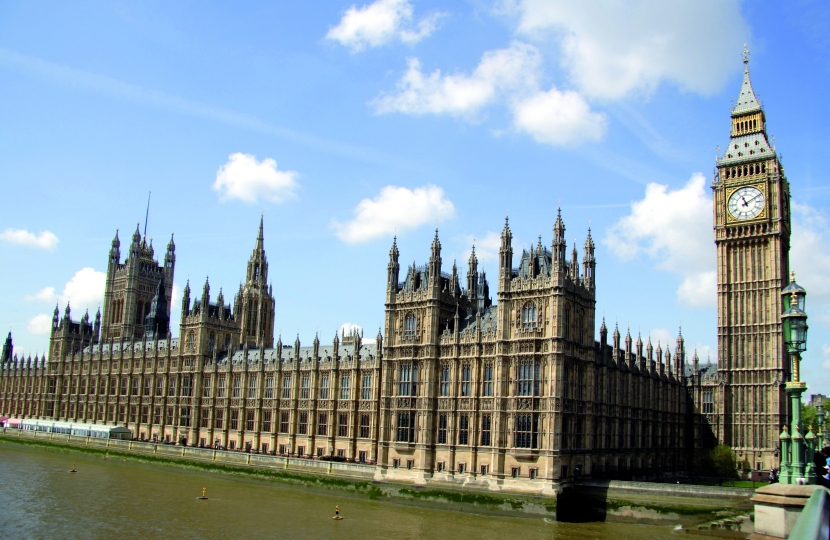 Labour’s mayoral candidate declared this week that the capital was changing for the worse. This was a surprisingly glum view from someone aspiring to represent a cosmopolitan city that is the beating heart of the global economy, bursting with creative energy and life in all its forms.

Yes, there are massive challenges for London to meet if it is to continue to thrive and adapt. However these are challenges that come as a direct result of London’s success, not its failure. That success can be managed to the benefit of Londoners but it will take sustained investment, close cooperation with central government and the boroughs, and flexibility when it comes to the best ways of managing rapid change – all things that our candidate, Zac Goldsmith, and we as an outward-looking, market and business friendly party are best placed to deliver.

If in the 1970s, 1980s and even the 1990s London was cheaper, less traffic-clogged, more ‘English’ in feel, hosting far fewer tall buildings, it was because our city was a drab, more uncertain urban place during those decades. I have lived in our Capital my entire adult life, and represented its central district as the MP for the Cities of London and Westminster since 2001. In the intervening years, London has welcomed the world’s talent, money and creativity, absorbing cultural influences with increasing ease and confidence. Above all it is a city which fuses British tradition and history with modernity, innovation and openness to new ideas.

It has been a winning combination, transforming London into the premier global city. Paris might be feted for its distinct culture and romantic beauty, but it is a museum piece, a national capital rather than a global one. Taxes might be rock bottom and the weather hotter in Dubai, but it cannot rival London for cultural allure and a sense of freedom and opportunity. New York cannot be said even to be top dog in the United States. Shanghai might be the thrusting engine of Asian growth, but international companies cannot be sure that they have recourse to equal justice and commercial certainty. To live in London is to have access to unrivalled variety – interesting jobs, enthralling people, a fascinating sense of place within its villages – all in a safe and certain jurisdiction.

As a result, people have been drawn to the Capital at a rapid rate, posing new challenges about how to meet demand on services, housing supply and infrastructure. During his eight years as Mayor, Boris Johnson has robustly championed London across the world and investment has duly flowed. Deep underground, the city is being transformed by staggering, cutting edge engineering. Upgrades to key stations such as Victoria are underway. King’s Cross is providing new, quality housing and fantastic office space for companies like Google. Within a couple of years, Crossrail will be speeding passengers from west to east, turning the key on new housing and commercial hubs in Thamesmead, the Olympic Park, Whitechapel and elsewhere. With Crossrail II and HS2 on the stocks, a further set of regeneration projects is in the pipeline including at Old Oak Common and Euston. Development is all around us and this consistent conveyor belt of infrastructure projects has kept highly skilled engineers and construction workers on these shores whose expertise London can both retain and loan to other global cities.

These kinds of complex projects take many years to bear fruit. It is often said that Boris was lucky to inherit from Ken Livingstone the idea for the popular bicycle hire scheme. Whomever follows on from Boris, on the other hand, will reap the political rewards of some of the biggest housing and transport schemes that Europe has ever witnessed. Keeping those projects coming, however, will involve either a more consistent stream of funding from Treasury for major capital projects or, ideally, the devolution of further revenue-raising powers in areas like property tax. If he is to attract either fresh capital investment or a broader range of powers, the new Mayor will need to reassure central government that they will not be squandered or misused. Zac will be able to do that from day one, allowing London to thrust forward into its next chapter. This is why he is the right candidate on Thursday.

In being the embodiment of aspiration, modern London should be voting Conservative as the party of the aspirant. However in last May’s General Election, it was Labour which increased its tally of London MPs to 45 out of 73 on the back of a 3.5% swing to Ed Miliband’s Party and it is they who are ahead in the mayoral polls. Labour’s campaigning machine in the capital is formidable but we cannot ignore either that it was in London that Ed Miliband’s retail offering had most resonance, exploiting as it did growing unease about the city’s wealth divide. It is precisely the message that Jeremy Corbyn used to great effect in his leadership bid and which motivated a broad coalition of Londoners to support him, particularly young urban and suburban dwellers struggling with high rents, student debt and suppressed wages. It is the theme which runs through Labour’s uninspiring mayoral campaign.

Over the past decade, London’s politics have been diverging ever more from the rest of the UK in spite of the great story that we have to tell in our capital when it comes to employment, investment, transport, education and safety. Instead, in the world’s most global city the tensions of globalisation are being played out, with scepticism growing over the notion that hard work and talent translate into reward here. Elsewhere in the UK those tensions are being addressed by central government policy – help for first time buyers, for instance, or business rate relief for independent retailers. In a city which operates in an international context rather than a national one, however, these policies have little to no impact.

Too few Londoners are voting Conservative because too few feel they have a stake in our city. It must be the Conservative mission over the coming decade to give them their stake through infrastructure investment, significantly more high quality homes, the entrenchment of our education reforms and a dynamic economy that continues to offer exciting opportunities to ever more people. This requires central government realising too that what works in the rest of the country when it comes to supporting the striving aspirant does not work in London.