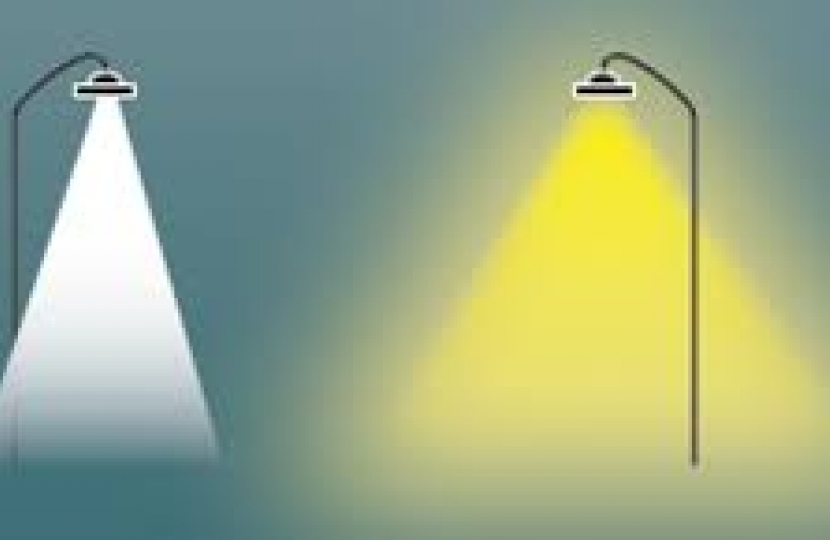 As part of the Council’s annual Planned Preventative Maintenance (PPM) programme for the coming financial year 2019/20, your Councillors have successfully lobbied for street lighting to be upgraded at the following locations.

On Bryanston Place there has been an upgrade of existing equipment with LEDs and two lamp posts have been moved. Bryanston Square has been part of a City-wide LED pilot scheme where existing age expired equipment have been replaced with new LEDs.

The image above aims to show two different types of street lighting. The one on the right shows the old-style sodium light which gives a wider angle of lower intensity light. The left shows the more directional intense light produced by the LEDs.