The following article, co-authored by the Leader of Westminster City Council Rachael Robathan with the Leader of The Royal Borough of Kensington & Chelsea Elizabeth Campbell, first appeared in Conservative Home.

The Prime Minister’s commitment – made ahead of the last election – to level-up livelihoods and opportunities across the country struck a chord with voters up and down the UK. As we finally emerge from the devastation of the pandemic, we are finally able to turn our attention to this crucial agenda.

Some have suggested levelling up will mean London will lose out. But as the Prime Minister set out in his recent speech on the subject, levelling down London would do nothing to benefit left behind communities across the UK. In fact, London can play a central role in driving our recovery from the pandemic, and in supporting levelling up.

As the Prime Minister acknowledged in his recent speech, levelling up can only be achieved with a strong and dynamic wealth-creating economy. On the eve of the pandemic, London’s thriving economy generated a surplus of £36 billion for the Treasury, helping to fund investment in public services and infrastructure across the UK.

Beyond the fiscal contribution the capital makes, London’s continued economic success has direct benefits for local economies across the UK. That is because London’s economy is not apart from or in competition to the rest of the UK economy – it is an essential and inextricable part of it. London’s economy is linked by supply chains to every part of the country, with every £1 of consumption in the capital generating 24p in production in regional economies across the UK. The capital is home to world-leading industries from digital tech and green finance, to life sciences, and the creative industries that will be crucial to our future economic success. These industries compete internationally for investment, but they are connected to clusters across the UK, so that London’s comparative advantage in these areas delivers benefits for the whole country. That means when London thrives, the rest of the UK benefits too.

As we seek to rebuild from the pandemic, the capital will play a crucial role in delivering the vision of Global Britain. The government has set out an ambition to ensure the UK is open, outward-looking, and confident, on the world stage post-Brexit. London is the UK’s predominant global city. We act as the shop window for the world, drawing in visitors and investment to the UK. Before the pandemic, 1.6 million international tourists visited both the capital and somewhere else in the UK, spending over £640 million annually in regional economies outside of London.

London’s success benefits the rest of the country. But this success cannot be taken for granted. Across nearly every indicator, London has seen the biggest economic impact from the pandemic of any region or nation of the UK. We have seen more jobs lost, more jobs furloughed, and more people fall into unemployment than anywhere else in the country. The economy is growing again – and London boroughs are working to support businesses to bounce-back – but the pace of our recovery is slower than any other region, and we face ongoing headwinds in the form of changed commuting patterns and lower levels of international tourism.

Indeed even before the pandemic, while London’s economy was thriving, many of our residents struggled to access the opportunities available in their city. As the Prime Minister highlighted in his recent speech, the capital suffers from stark inequality. London had the highest levels of poverty going into the pandemic, and most of the local authorities in Central London Forward – the grouping of 12 central London boroughs – are in the most deprived 20 per cent nationally. If levelling up is about tackling stark inequalities, improving livelihoods, and accessing opportunities, then this must hold true in London too.

The Prime Minister has said that levelling up must not mean levelling down London. He has argued that rather than being zero-sum, levelling up must be a win-win for the whole of the country. This autumn we will see a crucial test of this commitment, with both a spending review that will set out the government’s spending plans and policy direction for the next three years, and a white paper on levelling up that will flesh out this crucial agenda.

We are keen to see meaningful devolution – to and within London, as well as across the rest of the country – to empower local areas to support growth. We want to see investment in infrastructure – both in the capital and across the UK too – in order to drive the recovery and support the transition to net zero. And we want to ensure a fair division of funding across the country, which reflects the needs both of left behind towns and of areas of entrenched deprivation in the capital.

Whether or not we can make progress in levelling up livelihoods and opportunities across the UK will define the success of this government. As local authorities, we are committed to working in partnership with government and with businesses, to drive the economic recovery, and deliver on the levelling up agenda. We must not fail in this task. 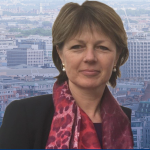 If you are looking for a new job or change of career and live in Westminster then the Westminster Employment Service is here to help.