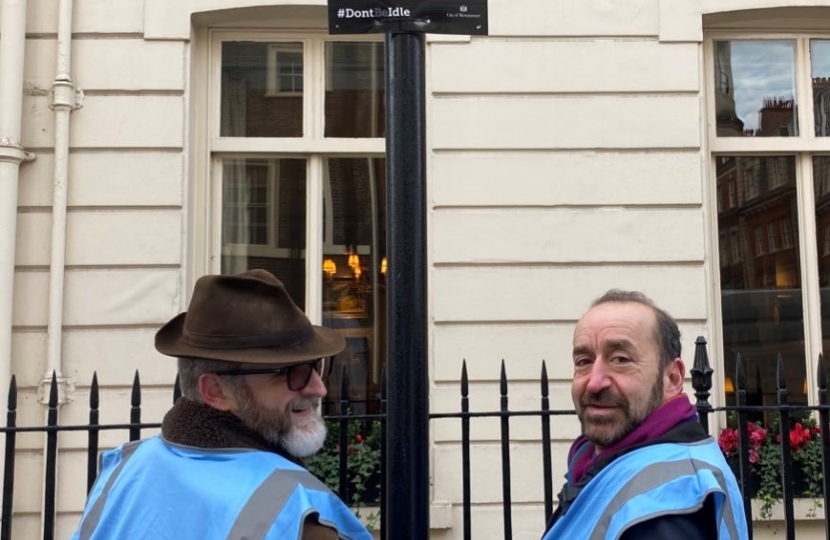 Your local councillors arranged for an Air Quality Action Day in the West End on 20th January and were joined by local residents and workers to assist Westminster Council’s  air quality marshals to speak with drivers about the harmful effects of engine idling.

The day was part of Westminster City Council’s #DontBeIdle campaign which seeks to raise awareness of the harmful effects of engine idling and persuade drivers to turn off their engines while stationary.

It is one of several initiatives across Westminster to help tackle issues of air quality and pollution. Other action includes pollution monitoring outside schools and more electric vehicle charging points than any other borough in the UK.

“Air quality is an issue for all of our residents and the many thousands of visitors that the West End sees every day. We are working hard to tackle air quality, which is considered by many across our City to be their number one concern".

You can find out more about the campaign online on the Council's website.

Our Neighbourhood police team, supported by the Council’s Integrated Street Engagement Unit, continues to work in the Edgware Road and Marble Arch area to tackle problems caused by rough sleepers, including those living in tents.