CLWCA in Conversation with our local MP Nickie Aiken

We are delighted to be joined by our local MP Nickie Aiken on Wednesday 1st July at 6pm.

Nickie was elected Member of Parliament for the Cities of London and Westminster on Thursday 12 December 2019.

Nickie has lived in the Cities of London and Westminster for more than 20 years, first moving to London in 1997. She lived in the Barbican in the heart of the City of London before moving to Pimlico where she has been raising her family since 1999.

From 2017 until early 2020, Nickie served as Leader of Westminster City Council, working closely with the City of London Corporation. Under Nickie’s leadership, Westminster began the largest council home building programme for a generation: to provide over 2000 new affordable and social rented homes. Reformed the planning system to make it more open and transparent, giving residents a bigger and earlier voice in the planning process. And started cleaning up our air by launching the #DontBeIdle campaign encouraging idling vehicles to turn off their engines.

Do please submit any questions you may have to our moderator by 9am on Tuesday 30 June by email.

Priority booking for this event is available exclusively for current CLWCA Members.

We will be using GoToMeeting for this event. You do not need to have an account. We will send out a link to all those who have registered. You will be able to join by video from a desktop, laptop or tablet; on a smartphone or (audio only) via a landline.

This event is free of charge but we would be grateful for a donation in these times. 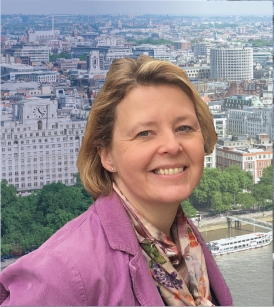